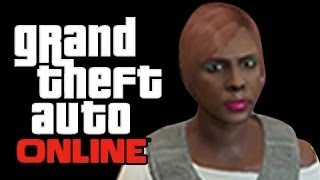 GTA Online is the multiplayer version of GTA 5. GTA Online is one of the most important game series of Funhaus, because it's the game with the most FH community interactions overall.

Adam, Bruce, James and Lawrence play various missions, deathmatches and races together with the FH community and the official Funhaus GTA Social Club Crew. Lawrence mostly hosts the lobbies for the games, then everyone can join until the lobby's full. Immediately after, the game starts.

It's an online game. There isn't really story.

Retrieved from "https://inside-gaming.fandom.com/wiki/GTA_Online?oldid=6489"
Community content is available under CC-BY-SA unless otherwise noted.